A few weeks ago Salma wrote a post about upcoming movies for The South Asian Buzz, and while doing some research she found a book suggestion for me – Karachi You Are Killing Me by Saba Imtiaz. The book was being adapted into a movie called Noor, featuring one of my current fav actresses Sonakshi Sinha. I was instantly interested. I’ve never read a desi novel, and then seen the movie, so I was excited!! (I’m a super geek and easily excitable). 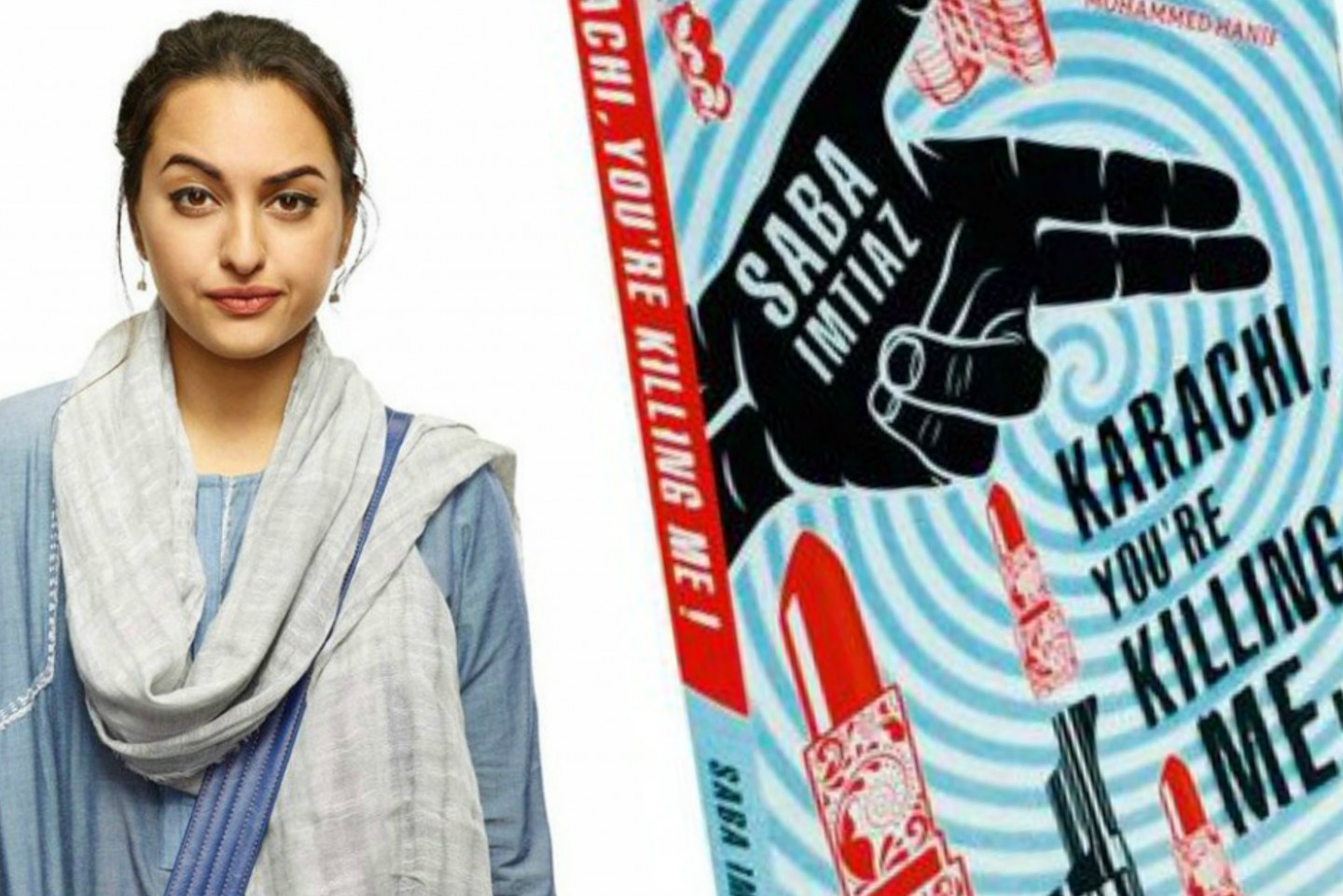 KARACHI YOU ARE KILLING ME – THE BOOK

I tried to find the novel at local bookstores or libraries, but it was not available so I ended up ordering an e-copy for my Kindle. Reading on my Kindle is my least favourite way to consume books, but it comes in handy for times like this. The book started off kind of interesting. The heroine is this bad-ass, no-holds barred kind of girl. She’s a 20 year old journalist trying to prove herself in the media world of Karachi. I really wanted to like her, but I couldn’t. Maybe it was the smoking, drinking, and drugs (none of these things signal cool and independent to me), but I never really believed in her capabilities as a journalist.

The book itself was a little young for me too. It was like The Shopaholic meets Nancy Drew, but set in this gritty, corrupt backdrop of Karachi, very confusing. In fact, I thought maybe I just didn’t get Karachi so I reached out to my friend Sarah who grew up in the city. I had to ask – was this really what Karachi was like, all sex, drugs, and chain smokers? Sarah’s take on the book was it represents about 2% of the population who has the money to live this lifestyle. Apparently the lifestyle does exist there, but the average Joe will never come across it. This got me even more confused, because the main character in the book is from a middle class family and cribbing about finding 200 rupees for a rickshaw – how did she become a wine drinking, party goer on that budget, and those sensibilities?

In short, the book was not for me, however, if you are from the city or grew up in Pakistan, there maybe some nostalgia and nuances I couldn’t connect with.

Guys, this is the first time I’ve ever said this in my life; the movie was better than the book! Where I couldn’t connect with Ayesha at all, I instantly felt Noor’s struggle to be something, achieve more in life (kudos to Sonakshi’s acting, and the dialogues for this).

Where the book fell short in building up the characters around Ayesha, the movie gave Noor a strong willed boss, a silent but supportive father, and damn hot and intriguing boyfriend (versus some random white guy thrown into the mix). The movie also took out a lot of the unnecessary filler copy that the first half of the book was peppered with (weird fashion shows, religious protests, baby lion cubs etc).

If you are going to see the movie, I will give you this caveat, it’s still a “girl movie”. It’s very endearing, funny, and has a strong message – Sonakshi killed it in her Mumbai You Are Killing Me Speech, but it is a chick flick. Grab a group of girlfriends, head to the theatre and support girl bosses like Sonakshi and Saba Imtiaz for bringing these types of movies to the masses!