Is There a Right Time to Have a Baby?

Is it ever really the ‘right time’ to have a child? What would the circumstances have to be like for someone to feel it’s the right time to carry a human being around in your womb for 9 months, push your body to the limits of exhaustion and pain to deliver said human, and then […] 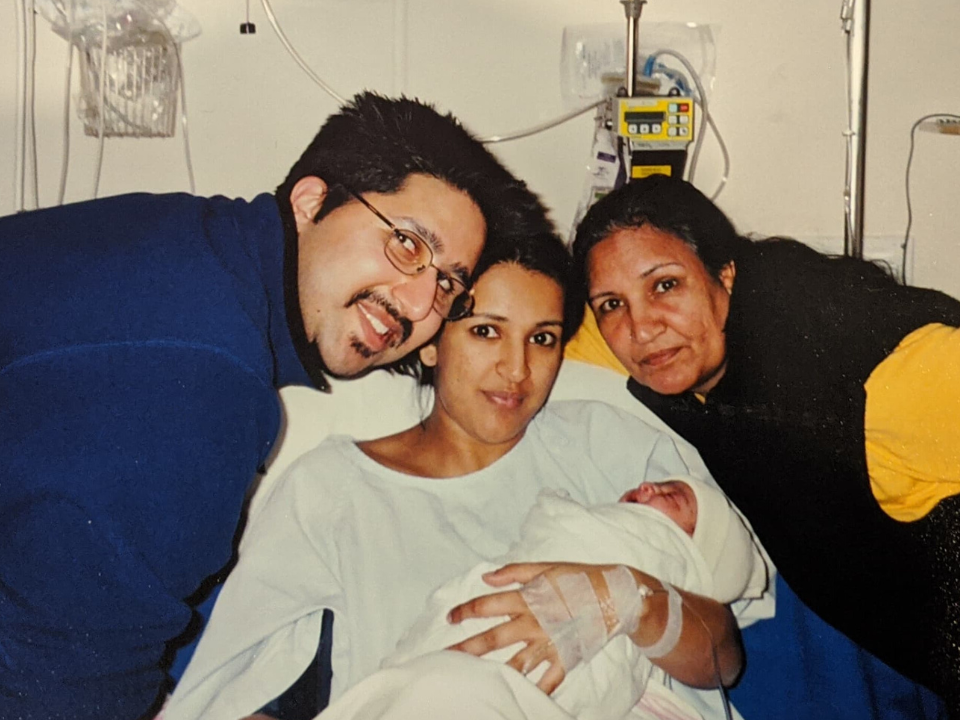 Is it ever really the ‘right time’ to have a child? What would the circumstances have to be like for someone to feel it’s the right time to carry a human being around in your womb for 9 months, push your body to the limits of exhaustion and pain to deliver said human, and then be at their beck and call 24/7 for the next 3-5 years. Did I mention that one of the perks of this job is that you never get a full night’s sleep?

And let’s say, there was actually a ‘good time’ to have a child, don’t forget about the years that come after they learn to walk and talk, and actually sleep through the night. They tell you that childbirth is the hardest part, but I really do wonder, is that harder than watching your son wave goodbye at the door on his way into kindergarten? Are you sure the most painful part of parenting isn’t when they start shaving, go to high school, and no longer need you to be at their beck and call 24/7? 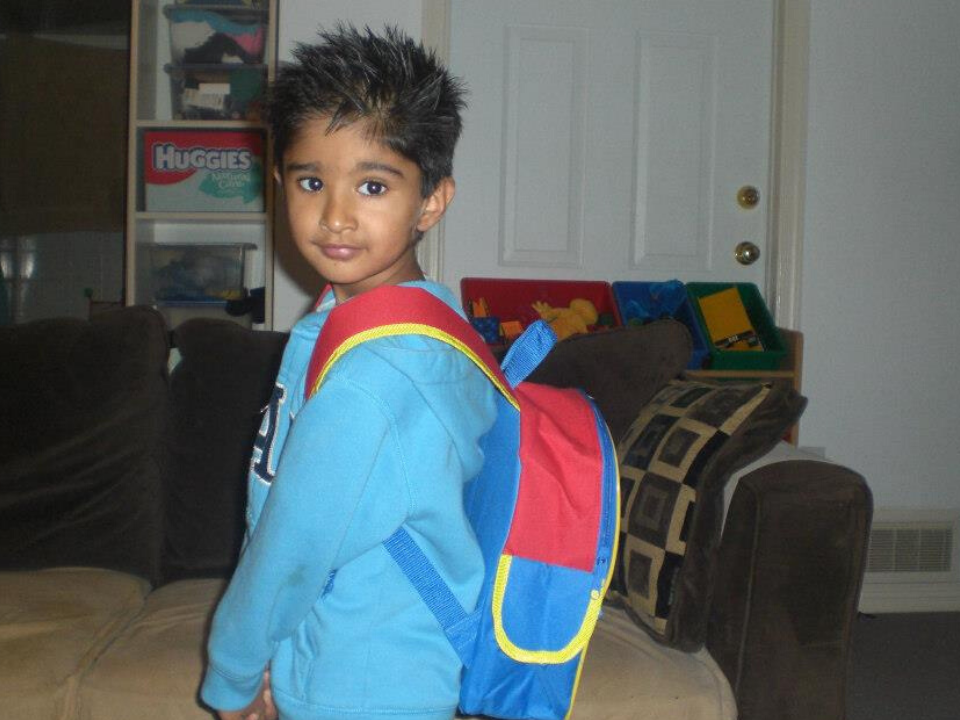 {On his way to kindergarten above, and towering over in the 8th grade below} 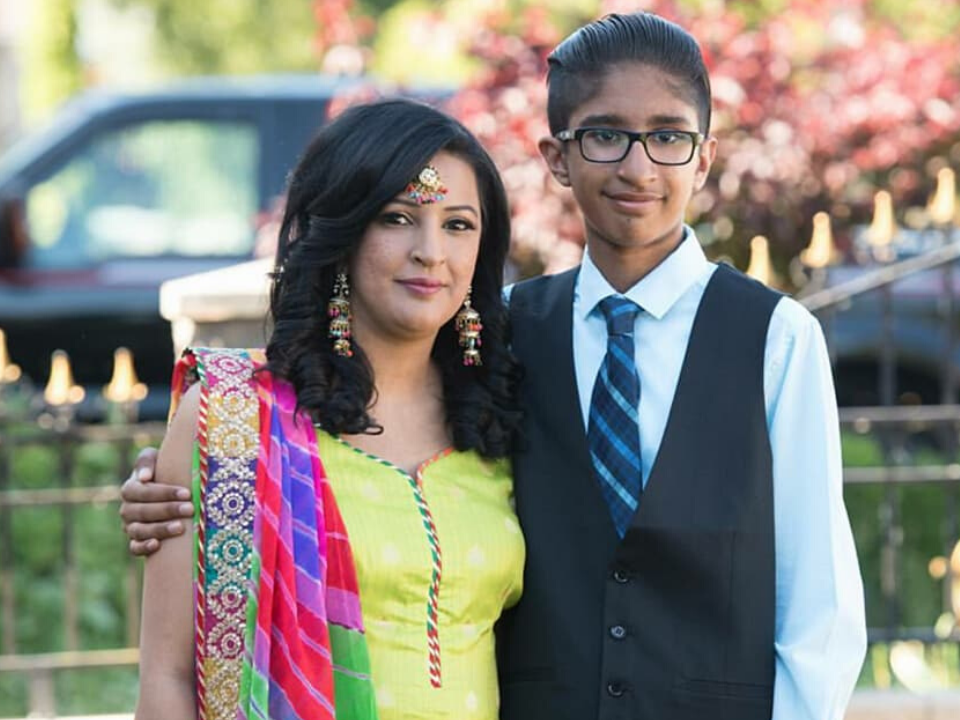 In just a few days, my baby boy (who is a solid 6″ taller than me) will turn 16. I’m not quite sure why, but I’m having a really hard time accepting this reality. Somehow 16 feels so old, too old for my firstborn. I swear it was just yesterday that we brought him home from the hospital, driving like 10km’s an hour.

Those first days and months were hard. I was 23 years old, insecure about everything, and had zero experience with newborns. So many nights I would sit in the rocking chair with Armaan thinking, what have I done? I did not feel qualified to be in charge of another life. In fact, I was so sure that I was going to break him or injure him, that I would obsessively check if he was breathing a hundred times a day, and as a result often wake him up from naps.

It was my obsession with making sure he was still breathing that led to our first bonding ritual, afternoon naps and soap operas. Every afternoon I would rock him to sleep with the same silly lullaby I had made up for him..

When he would finally nod off into a milk & music induced sleep, I would switch off the phones, lay him on my chest, get comfy on the couch and watch Days of our Lives and Passions back to back. In that perfect position, I could feel his chest rising and dropping, and hear his little baby snores (which reinforced that he was in fact breathing). Not only did those nap sessions calm my new mom anxiety about the fact that my newborn was actually still alive, it also forced me to slow down and breath. To feel my son’s heartbeat, observe all the rolls under his chin, and count his tiny toes over and over again. 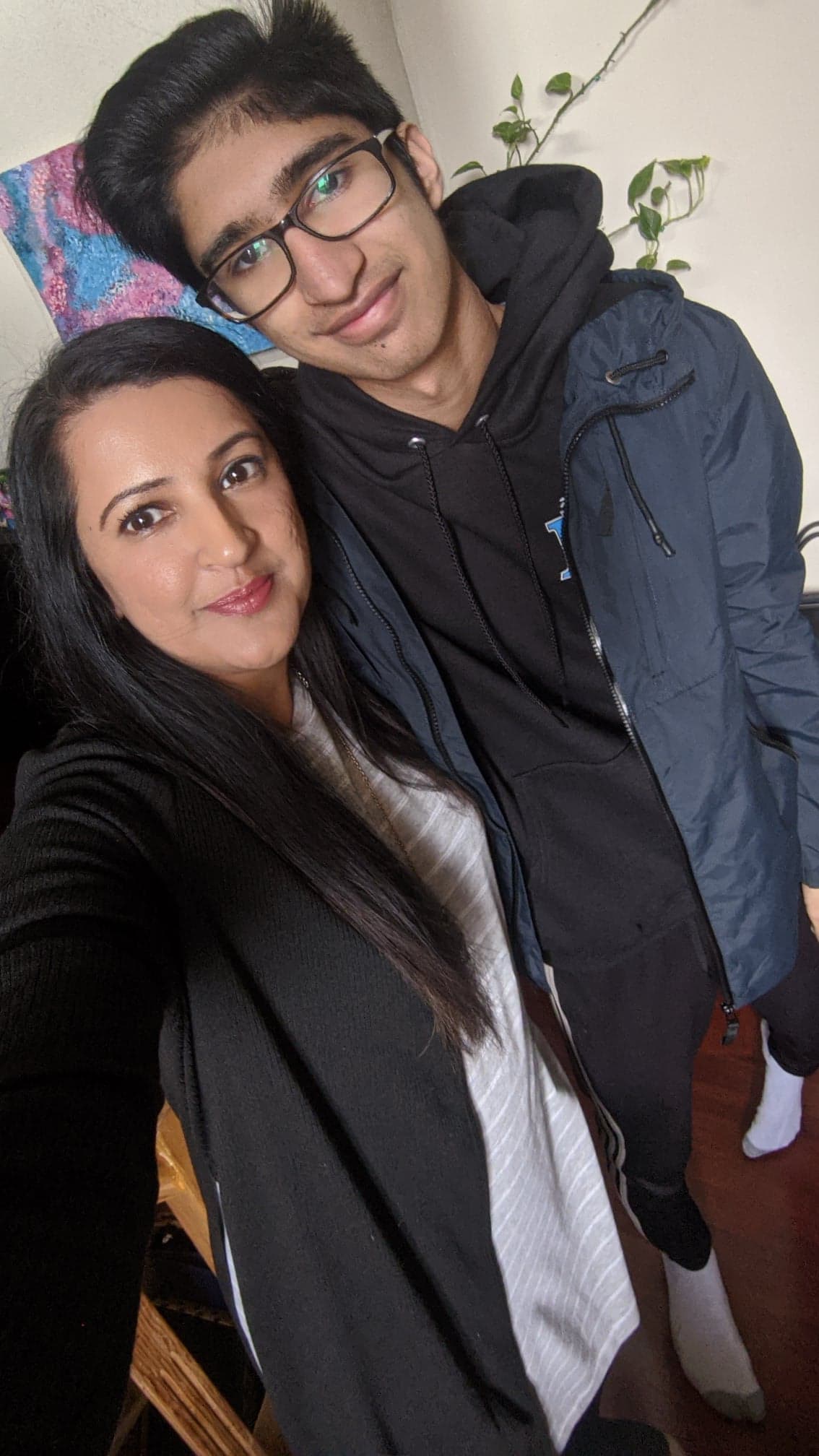 Three years later when my daughter was born a public health nurse diagnosed me with post partum depression, and it was in that moment I realized that I had also suffered from PPD when Armaa was born. Somehow without realizing it, those nap sessions become a way for me to calm my anxiety and focus on the present moment, and I think that’s how I survived that first year.

16 years later, Armaan and I still know the rhythm of each other’s heartbeat. He is often the first person in the family to know if I’m feeling anxious or upset. It always makes me smile when he walks up to me in the hallway or kitchen and says, ‘mom you look like you need a hug’. He’s almost 6 feet tall and can easily swallow me in a bear hug, but in my heart he’ll always be that chubby little guy with the baby snores.

PS: For the record, yes, sometimes I still sneak into my kid’s rooms at night to watch their chests rise and fall as they sleep. Teenage boys aren’t near as cute as newborns, but a mom’s heart will always be a mom’s heart.