My love of Punjabi music was greatly influenced by two singers that my parents were equally obsessed with. Mom raised us on a healthy dose of music by Surinder Kaur, and Dad has been a die hard Gurdas Maan fan for as long as I can remember.

There is probably no Punjabi in the world that isn’t a fan of Gurdas Maan. He is the beacon of tradition, culture, and Punjabi tehzeeb the world over. His career has spanned three decades and I have no idea how many hit songs he has had. I do know that he’s written a song to go with every mood I’ll ever have. Whether I’m feeling a little extra pep in my step, or I’m feeling low, he has a song that perfectly connects with my spirit. 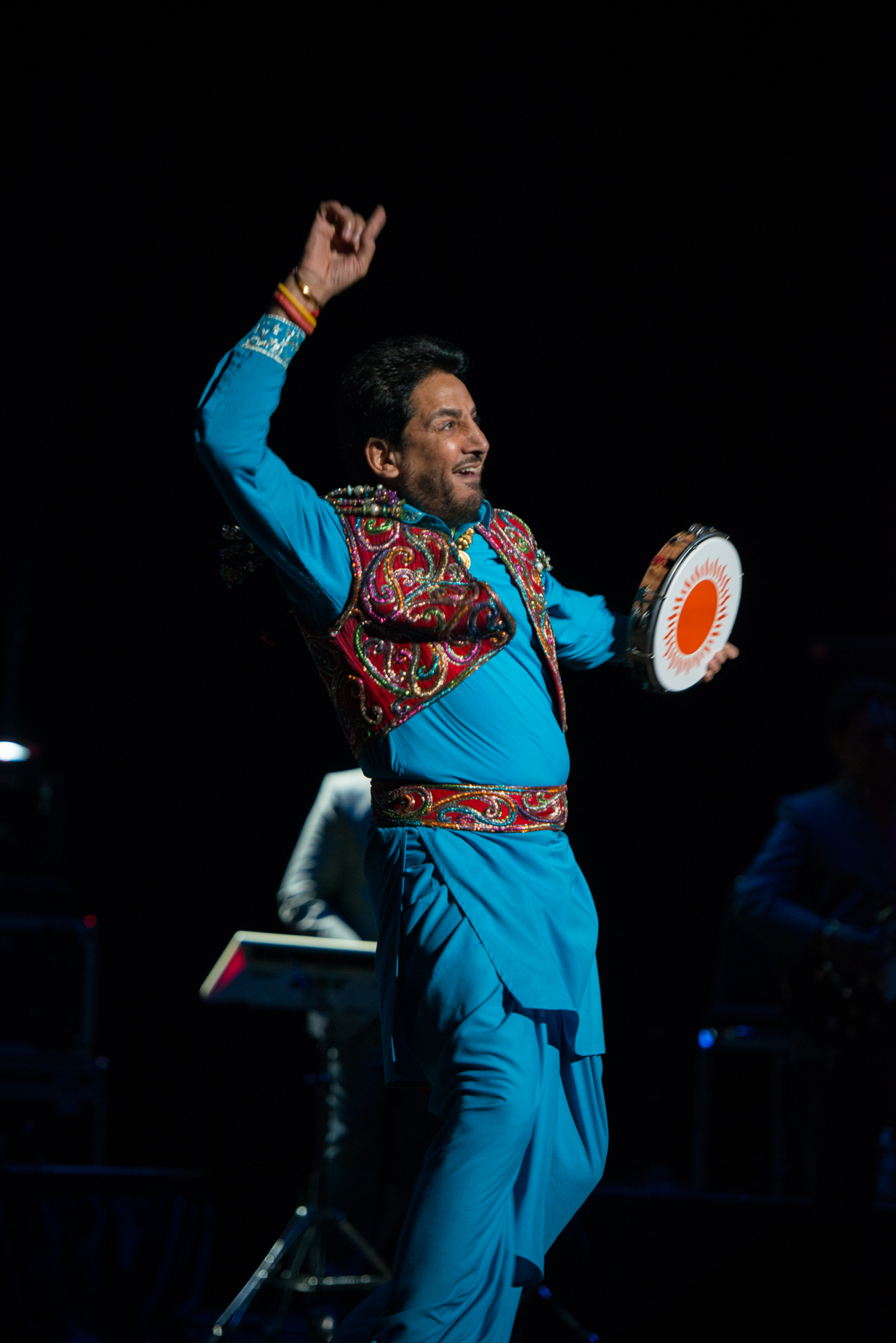 The first and only time I had ever seen Gurdaas Maan in concert was in 1996 at the Orpheum Theatre in Vancouver. That was until a few weeks ago when I had a chance encounter with the legend in Sacramento. We were visiting the city for the International Food Bloggers Conference, where we were attending an outdoor feast organized by local growers and producers. All of a sudden I looked up to see hundreds of people crossing the street in their best, and desiest attire. It looked they were all on their way to see a mela (community fair), but they were actually going to see Gurdas Maan, who happened to be playing that night across the street from our hotel!!! 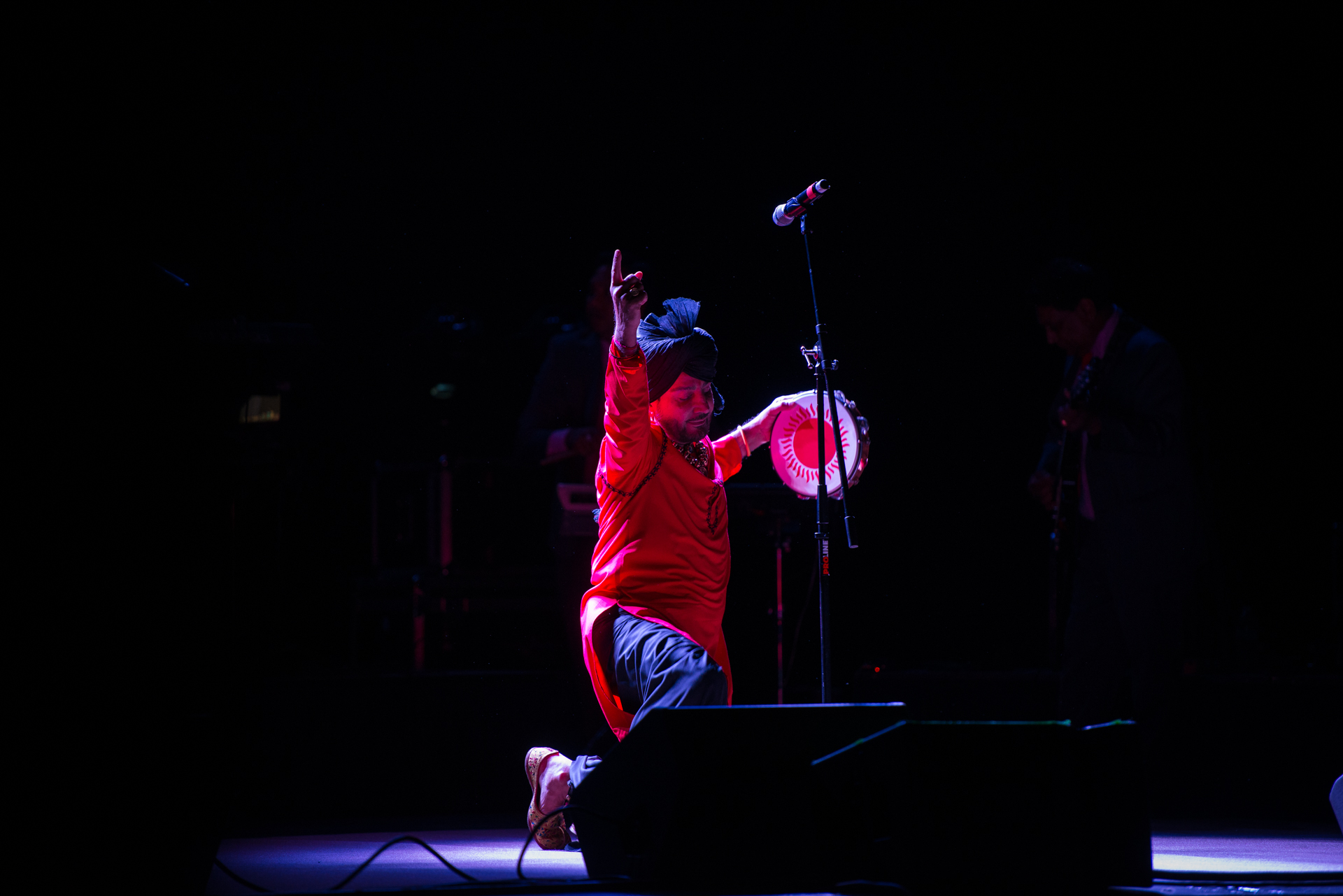 I made a quick call to the organizer of the show Jai Singh after seeing that the show was pretty much sold out, and true to Sacramento hospitality, he agreed to meet me at the door and let us through to snap a few pictures. I honestly expected to find myself in some sort “photographer’s box” where we’d be allowed to stand for a few minutes and then head out. Instead, the organizer granted us media passes and I got to watch the show from practically VIP seats! 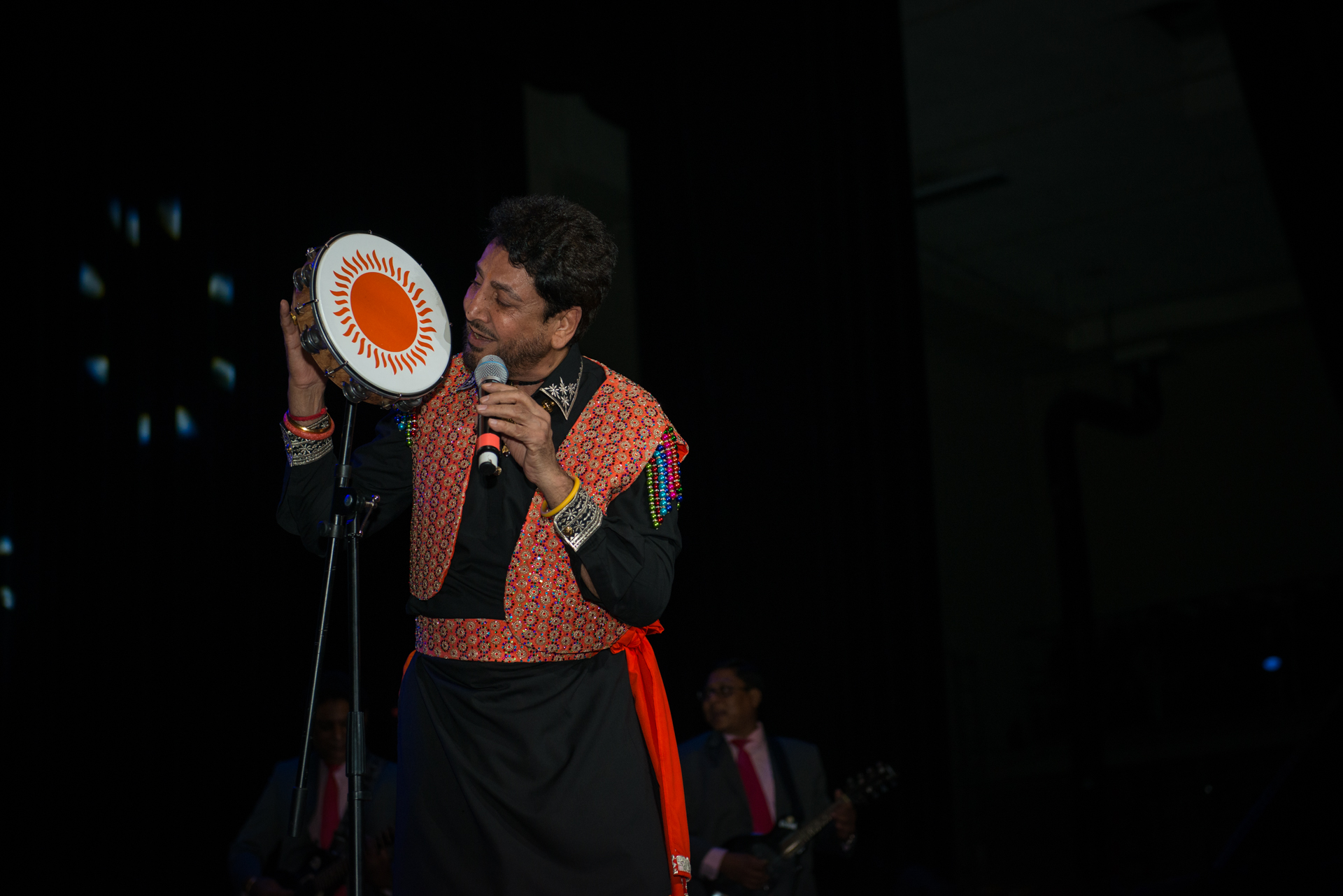 My intention was to get a few pictures that would make for a fun addition to my Sacramento round-up post, instead, I got the experience of a lifetime. To see Gurdas Maan on stage for 3 hours at his age is an inspiration itself, but to see him sit down at the piano and sing from Heer is a live experience that will never be duplicated.

Life until this point really has been a series of magical experiences and blessings, but this might have been one of the best moments yet. Earlier that evening I had been sitting at that fancy dinner thinking about how far my story has come – the story of a farmer’s daughter, the child of immigrants, now a food writer eating dinner with so many forks and so many amazing people, and in an instant the Universe reminded me no matter where my story goes, I’ll always be the farmer’s daughter who belongs at the mela as much as the formal dinner.