72 hours in New York City is not near enough time to experience the whole city, but it’s more than enough to capture the magic.  I’ve always wanted to go to New York City because so many artists, actors, and creatives have named it as a source of inspiration. I landed in NYC for the […] 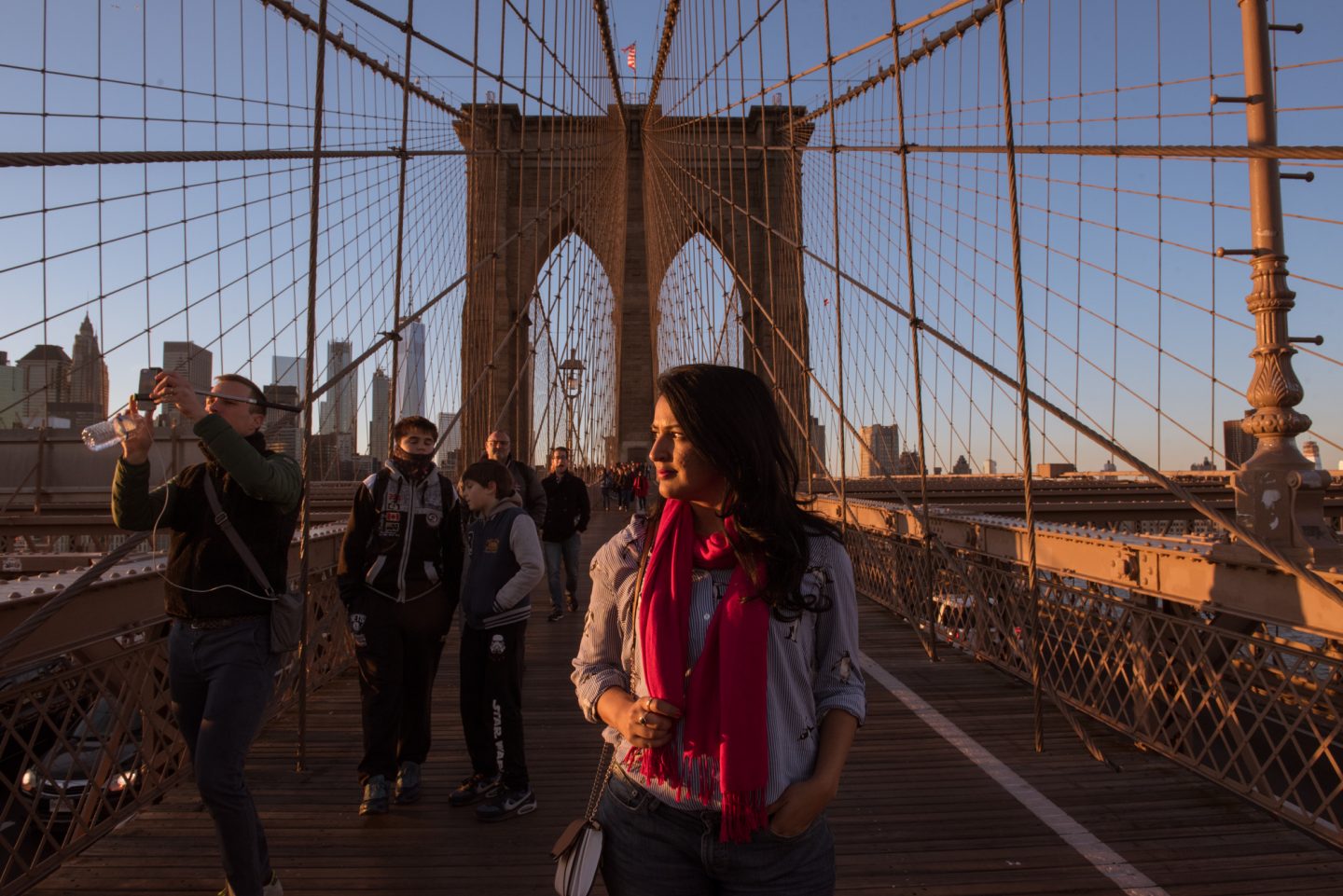 72 hours in New York City is not near enough time to experience the whole city, but it’s more than enough to capture the magic.  I’ve always wanted to go to New York City because so many artists, actors, and creatives have named it as a source of inspiration. I landed in NYC for the first time with a need to know what makes this city so appealing, that people will pay thousands of dollars in rent to live in shoe box size apartments, and I left with an intense desire to go back. As much as I love to travel, I rarely think about going back to the same cities I visited, because there is so much more to see in the world. New York City on the other hand is now in my list of cities I’d visit any day (which is by the way pretty short; London, New York, Amritsar).

We stayed in the heart of Manhattan near Rockefeller Centre & Grand Central Station and  only ventured out to the borough of Brooklyn for the Brooklyn Bridge, so most of my recommendations are limited to Manhattan. If you are only going to do 72 hours in New York City, I think our location was perfect, and I actually quite liked the hotel. The Eastside Marriot on Lexington Avenue. 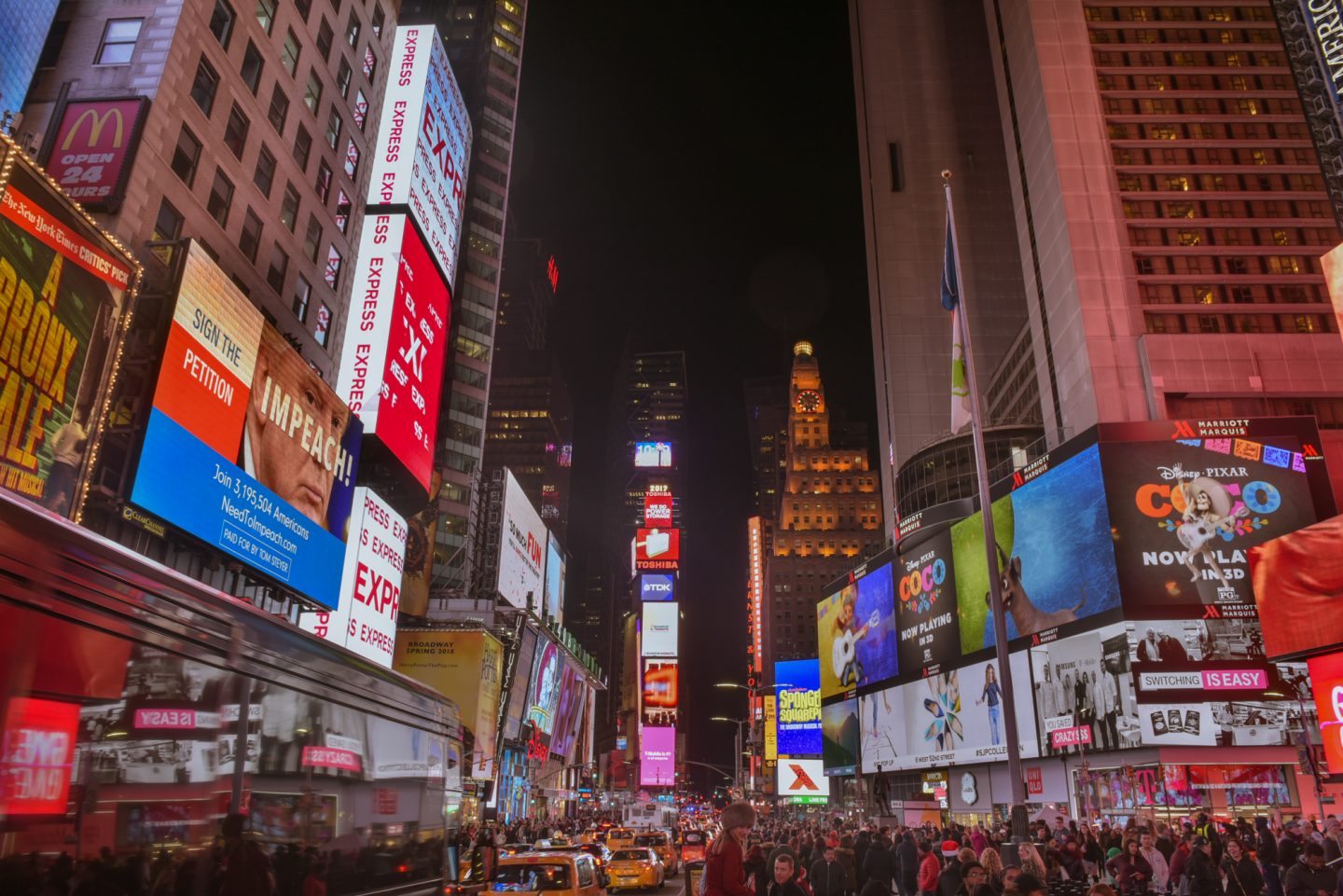 My most important tip for New York City, bring comfortable shoes and walk. I know you can Uber and take NYC cabs, but it’s really a city to see on foot. Also, I’ve kept the suggested itinerary light because there are so many little boutiques, heritage buildings, and delis that you are going to want to pop into! 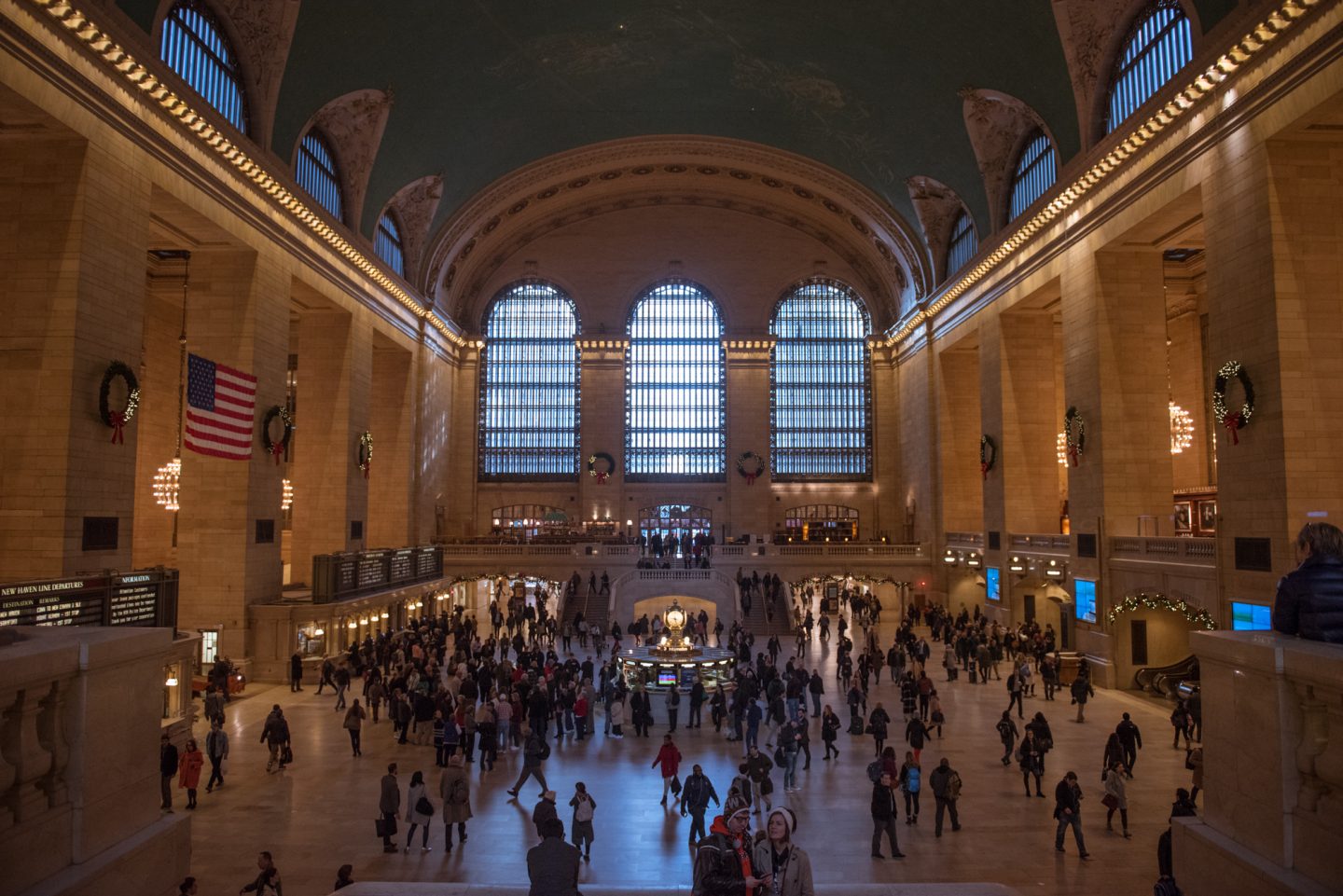 Start at Grand Central Station and head towards the Staten Island Ferry. Take a ride on the ferry to get a view of the Statue of Liberty. The place to be is the lower level on the outer deck for the best view of Lady Liberty.  We took the same ferry to Staten Island and back in under an hour and for me, that was good enough. I don’t think it’s worth spending a bunch of time and money to take a boat tour. We also opted to skip Ellis Island to leave time for seeing more sights.

Tip: As you head into the Staten Island Ferry Terminal people will try to sell you tickets to a boat cruise, and tell you the ferry is only for locals. Just carry on to the free ride, it’s awesome! 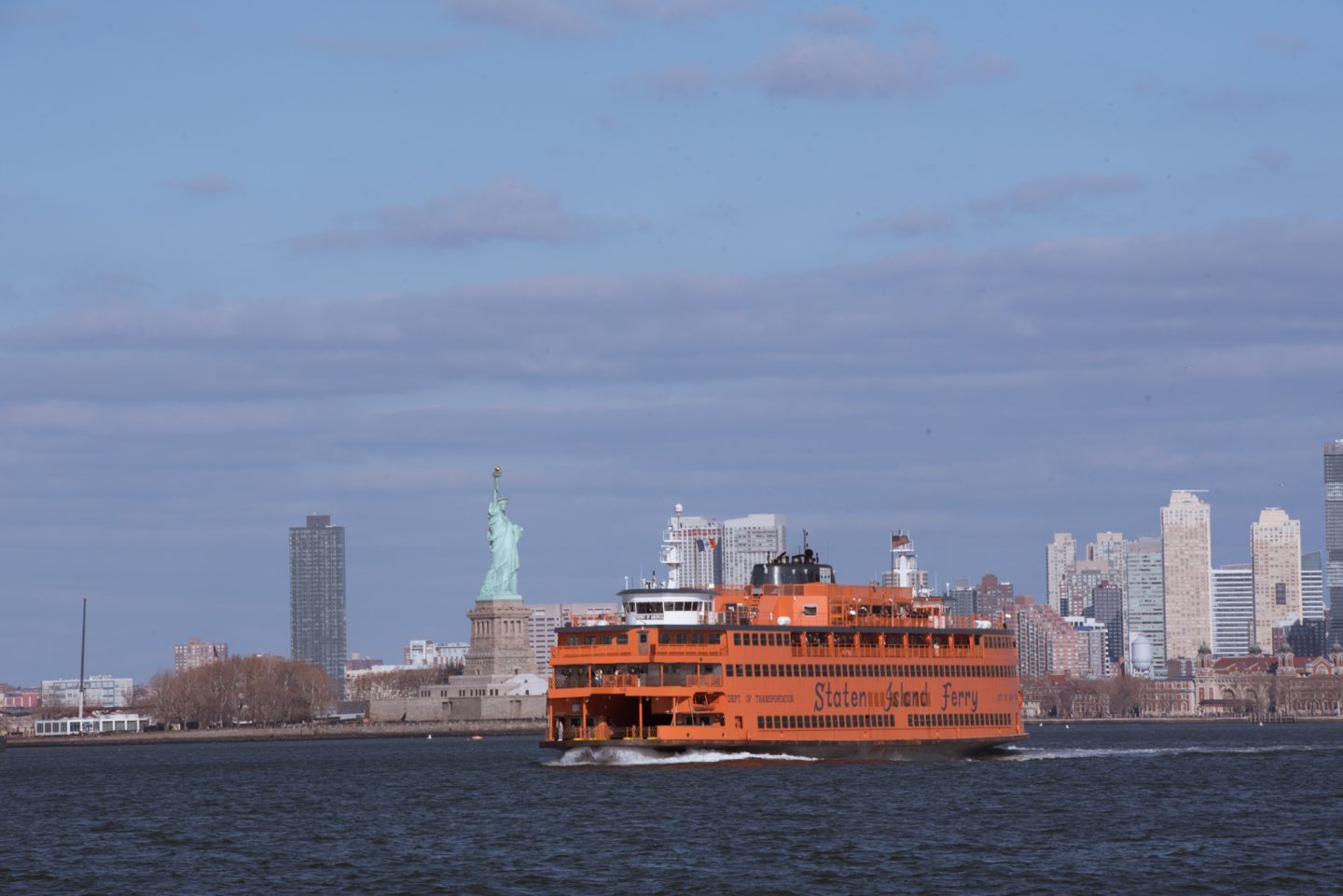 {Above: The Staten Island Ferry passing the Statue of Liberty. Below: Two Fearless Girls Taking a Selfie} 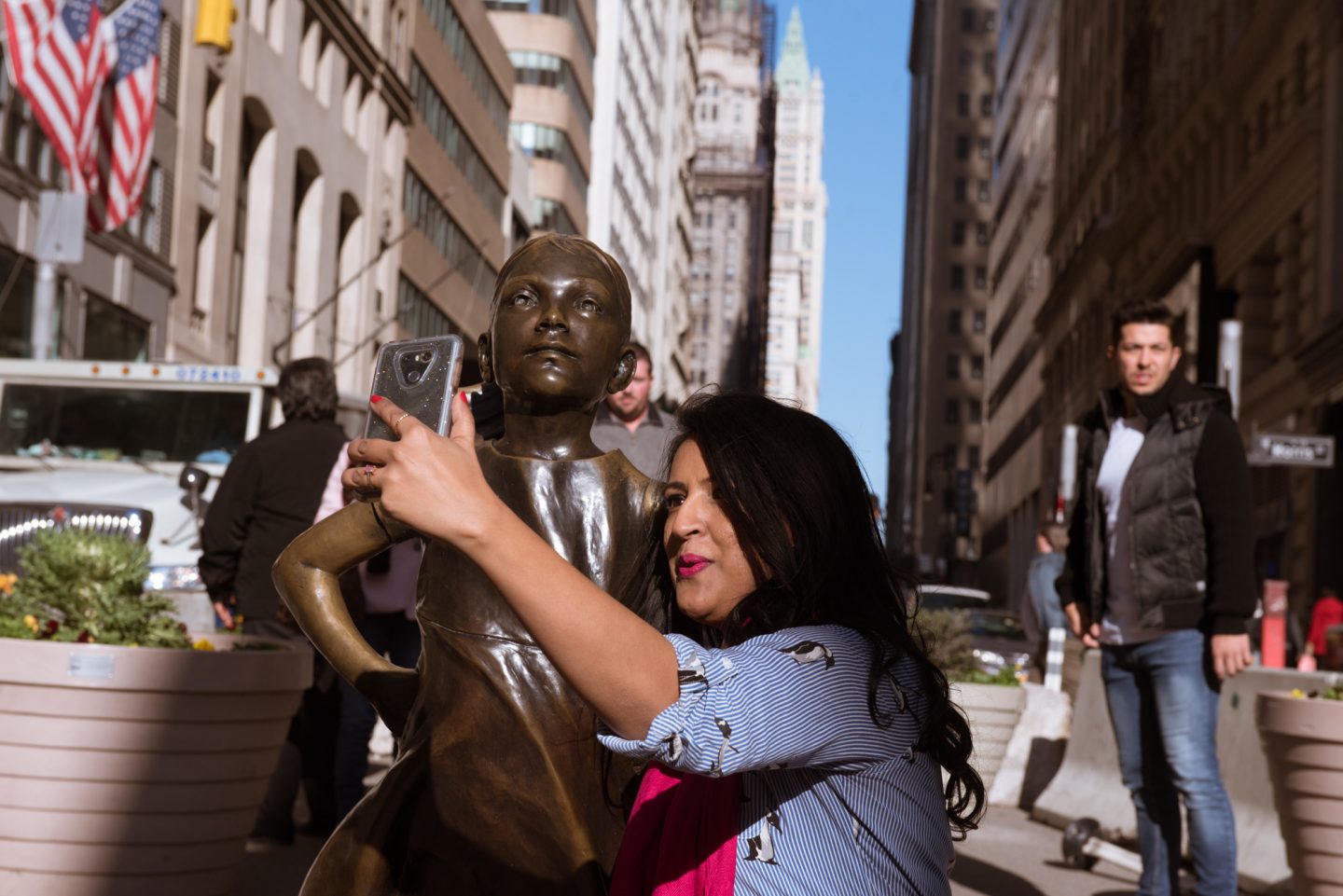 After the ferry ride walk around the Financial District, making sure to stop for a picture with the Raging Bull and (most importantly) the Fearless Girl. Also in this area is one of my favourite museums ever; National Museum of the American Indian. I would highly recommend leaving yourself an hour to wander around this place, the exhibits are amazing – a must for textile lovers. Just make sure you leave yourself enough time to get to the Brooklyn Bridge for sunset!

There is no better place to finish your day then at the Brooklyn Bridge. Aim to get there before Sunset, and then wander down to DUMBO for dinner.

Your second day in NYC should be all about Central Park. I would suggest starting at the entrance near the Plaza Hotel and grabbing a coffee in the marketplace on the basement level. If you are an 80’s baby like me, you’ll probably want to stop into the Eloise shop. So much fun! 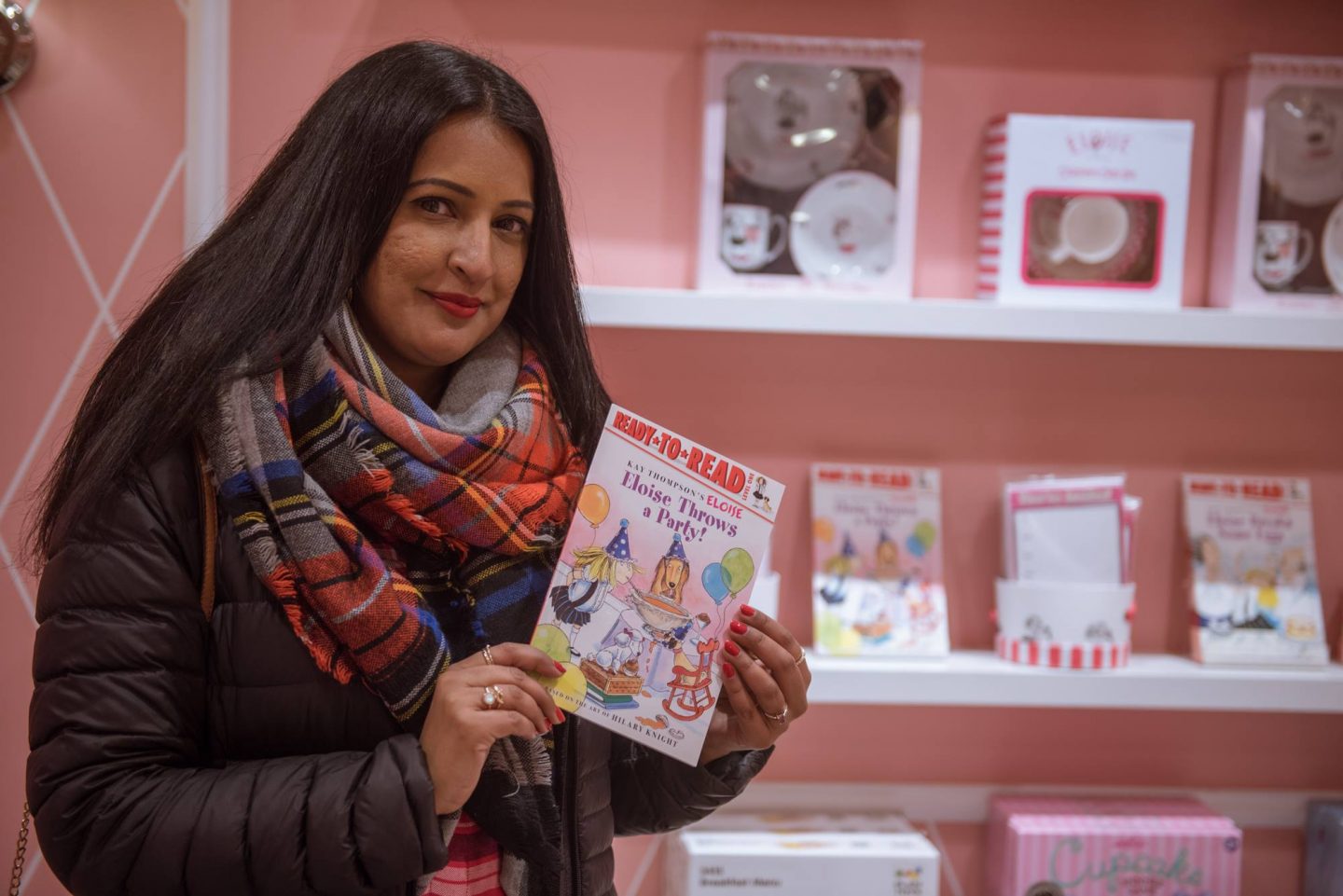 {My 6 year old self would be so jealous} 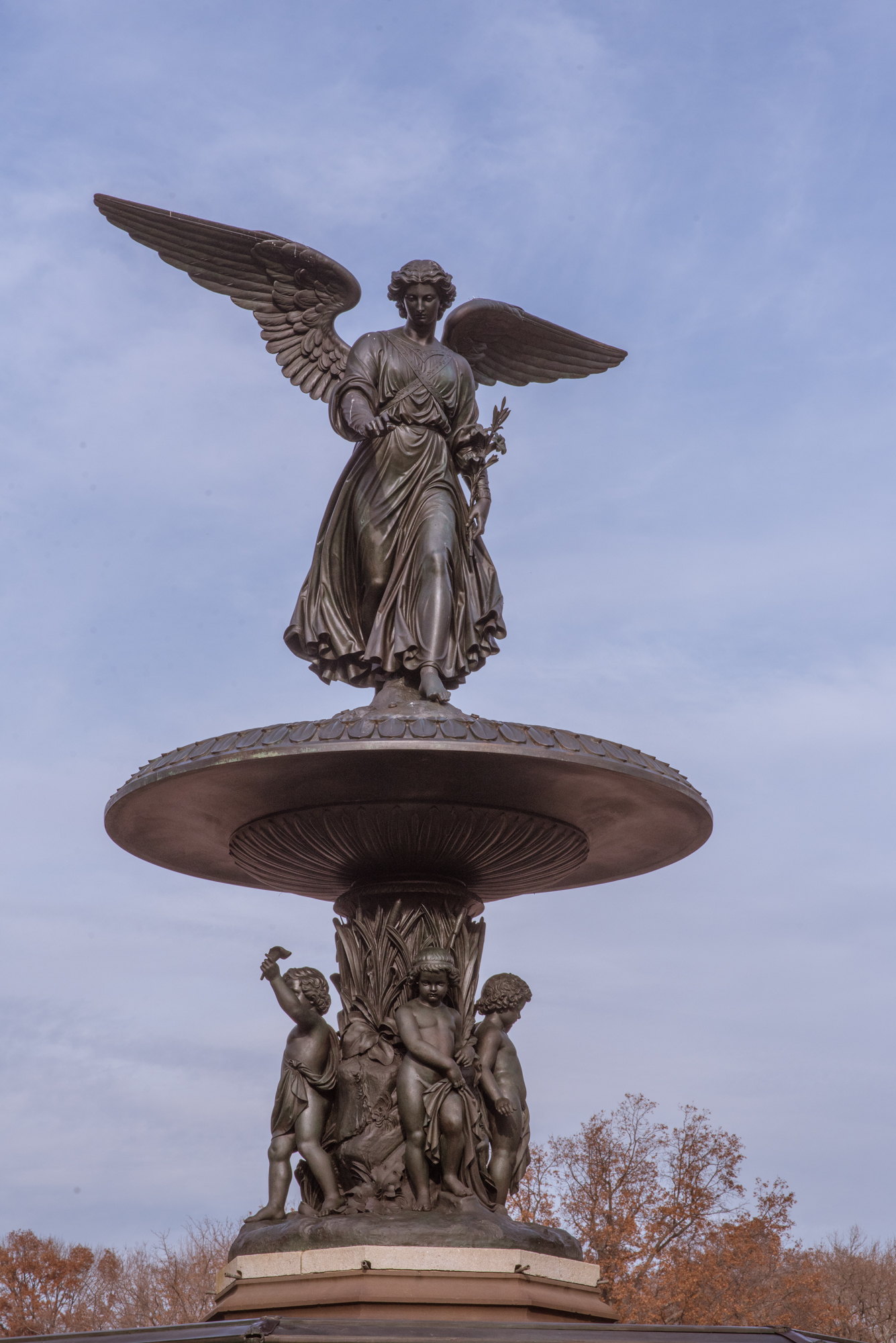 Take your time walking the park. We only made it to Bethesda Fountain (which was stunning, but sadly not turned on when we visited). There are so many interesting things to see, and the views of New York’s skyline are pretty amazing. After the park I would walk over to the Met (Metropolitan Museum of Art). Full disclosure, I didn’t make it to the Met because of a work commitment, and it’s my only regret from NYC! 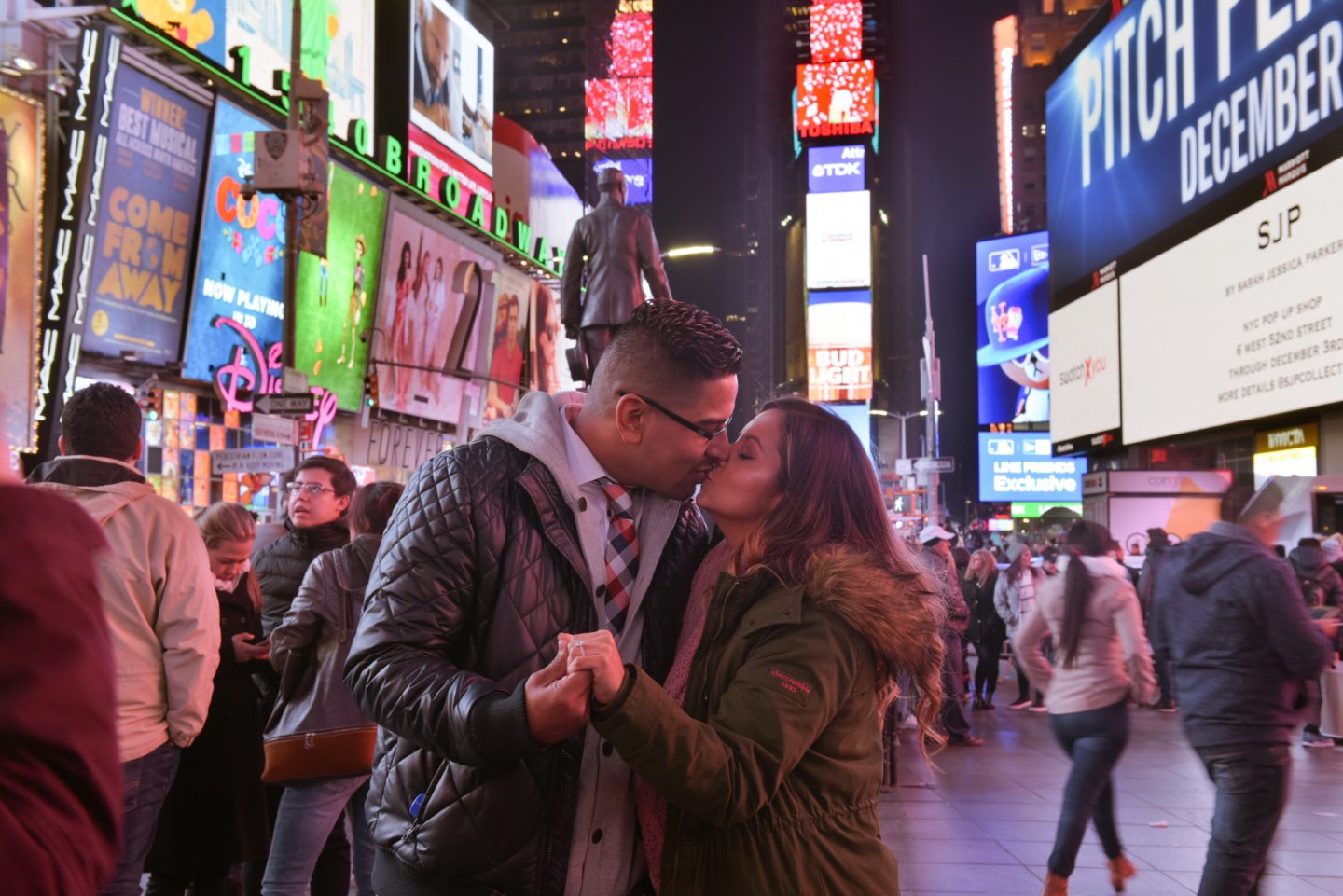 {We saw a proposal in Times Square, so sweet!}

After a day in the park, spend your evening wandering Times Square, and be sure to visit the M&M store. If their printer is working maybe you can bring those pink M&M’s I wanted so badly!

If Broadway is on your bucket list, there are many shops in this area that sell tickets, and most of the shows are in this area. 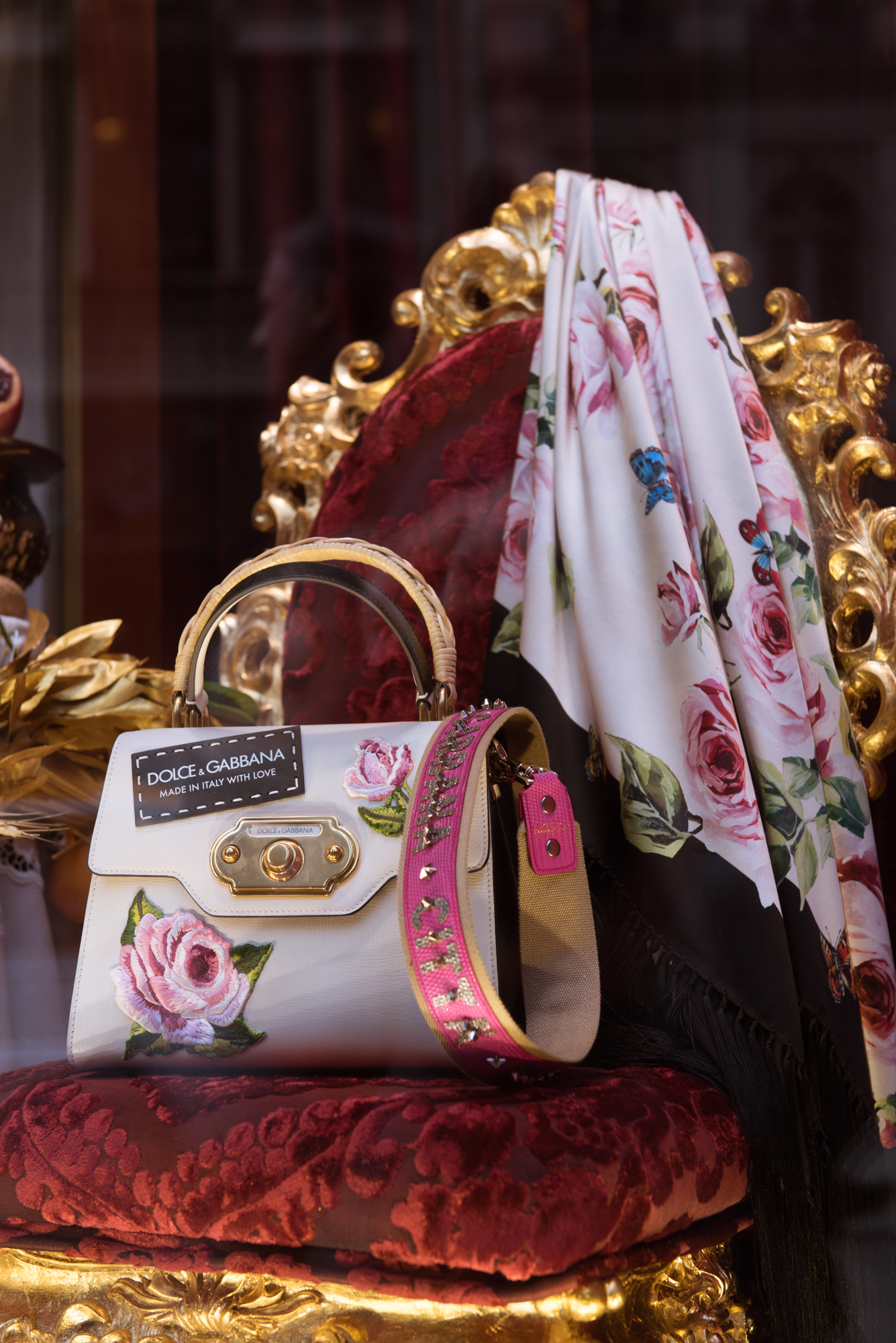 {Dolce and Gabbana on 5th Avenue}

Start your third day in NYC at the public library on 5th Avenue. I have been obsessed with visiting since the first time I watched Breakfast at Tiffany’s and was heartbroken to find it closed for a private event that day I visited, but you should still go!

From the library head to St Patrick’s Cathedral on 5th Ave. You’ll walk right by the famous Saks 5th Avenue on your way. You can use the cathedral as your starting point for walking down the famous 5th Avenue. Don’t forget to visit the Tiffany’s home store, and maybe make a reservation for tea. 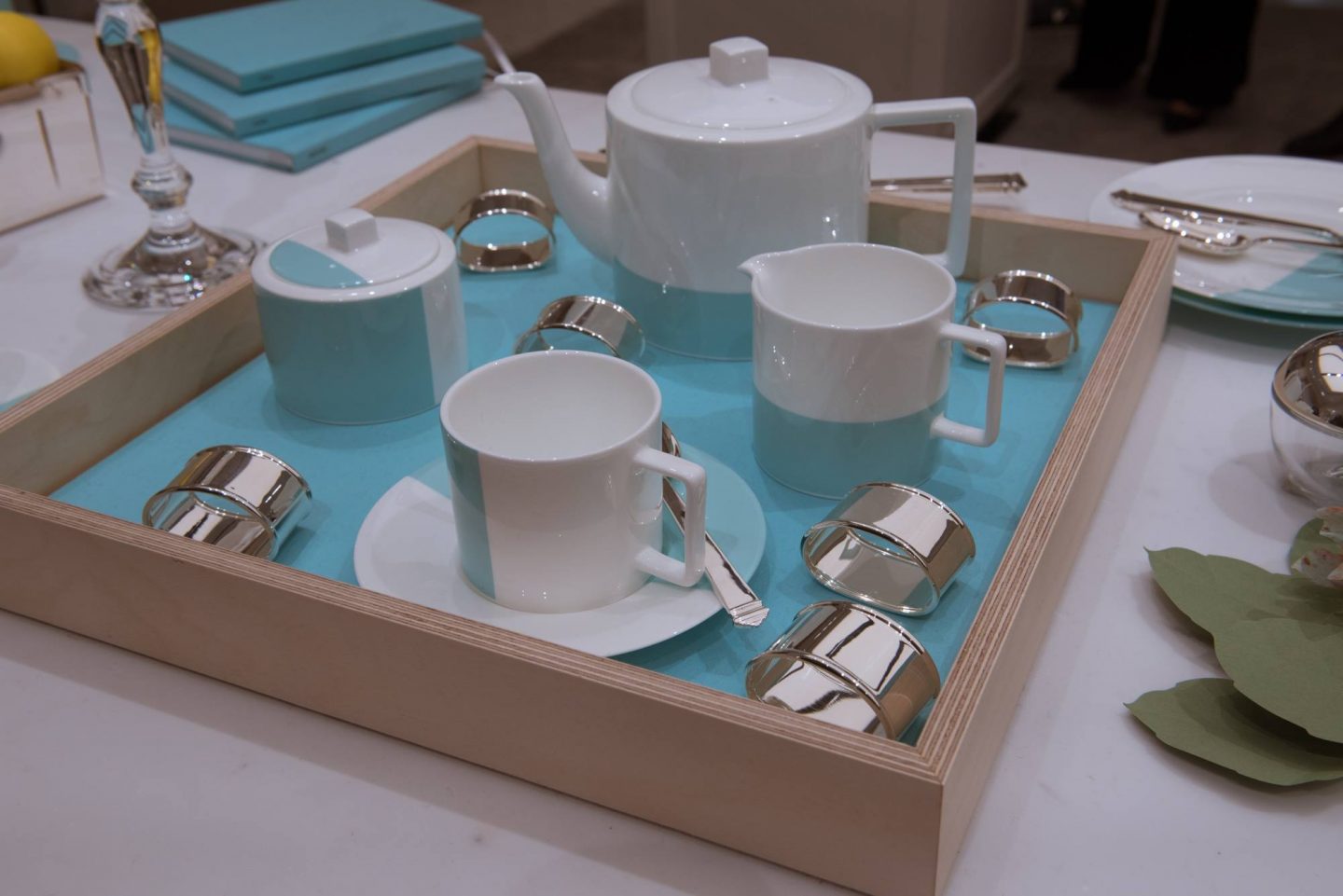 Once you’ve had your fill of shopping, you can make your way to Rockafeller Centre and go to the Top of the Rock to watch the sunset over this beautiful city. We had to forego a view from the top because we were there during the holidays and wanted to see all the Christmas windows, but next time I’m there, it’s a must!

There is so much to see in New York that honestly, I don’t think a lifetime would be enough, but three days felt just right for a first visit. Some of my favourite details were the art in the subway tiles, the vintage signage on bank buildings, and the old school fire escapes.

Also, I haven’t mentioned the 9/11 Memorial in my list, not because I don’t think it’s important, but because I had a hard time with people viewing it as a tourist attraction – taking selfies and group shots. I am not 100% at peace with how I felt about it, so I’ve chosen not to write about. If it’s on your NYC list, it’s easy enough to visit when you are in the Financial District on Day One.

If you have any other specific questions, feel free to leave a comment or send me an email. 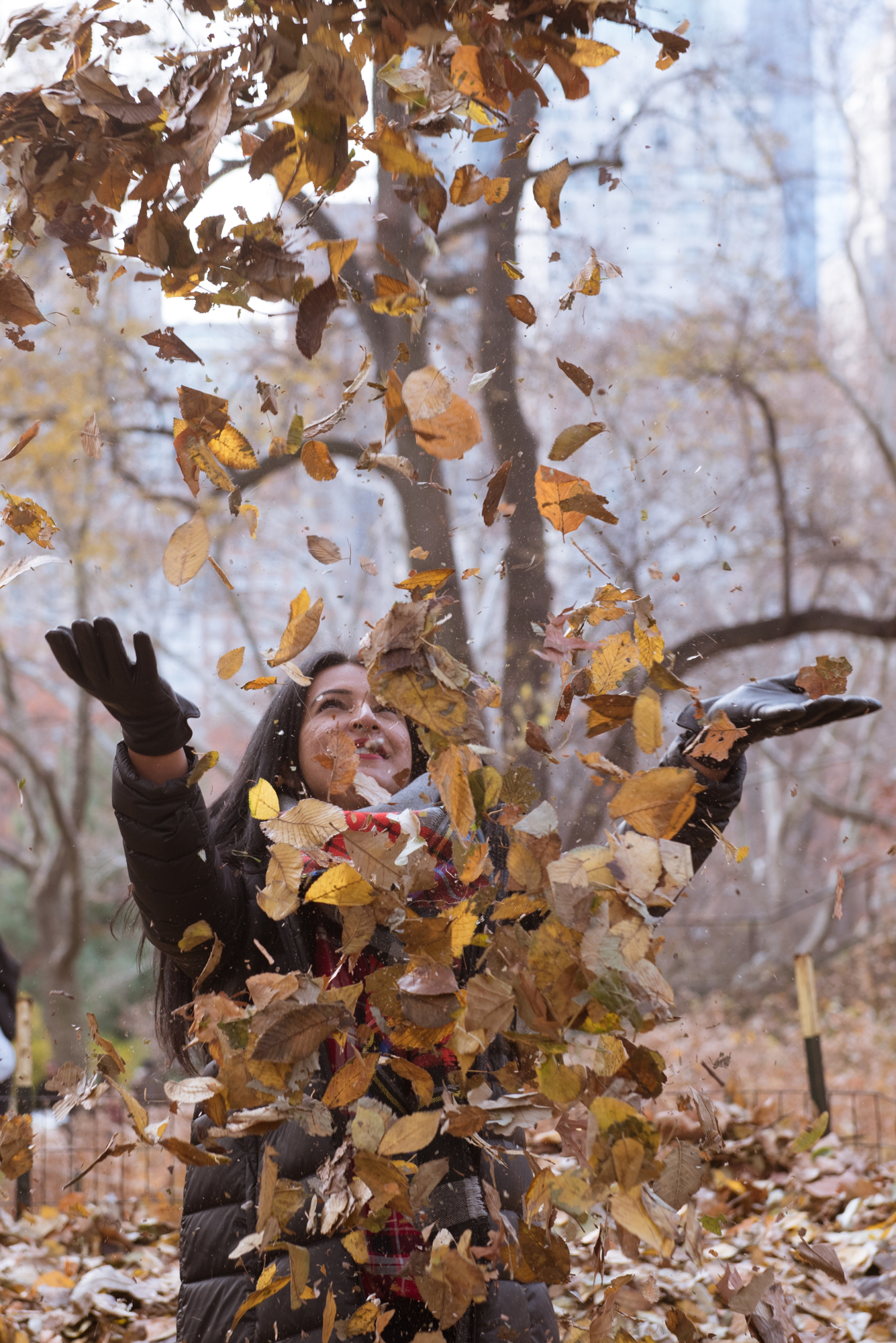 « This Is Why You Should Host A Dinner Party

How I come up with ideas for daily social media posts, and weekly blog posts.