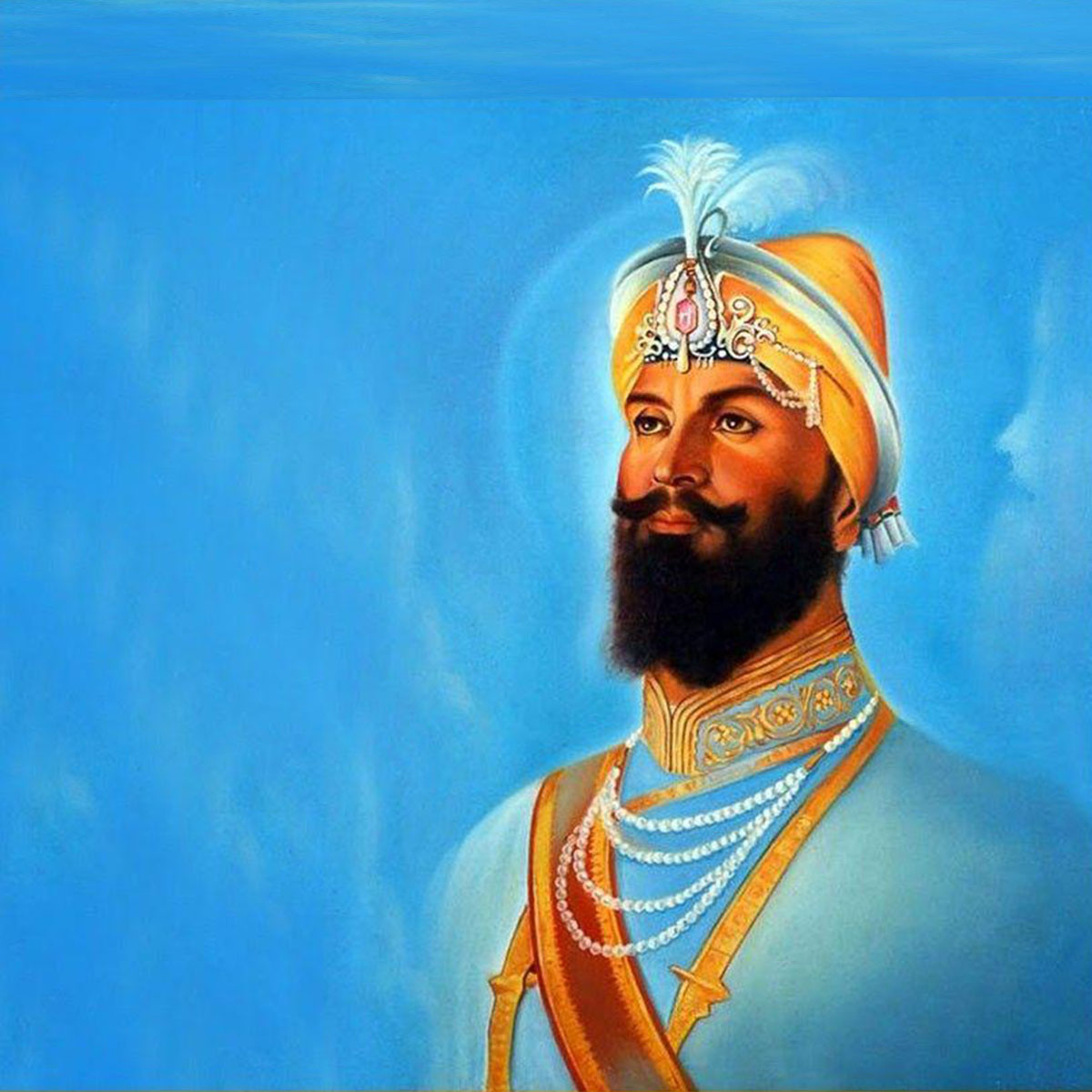 Throughout his life, Guru Gobind Singh Ji was a fierce warrior. He fought in many important battles throughout the Sikh history. Even though he was a strong fighter, he was still a spiritual master, poet, and philosopher. He is often remembered as someone who loved literature, reciting and writing poetry, as well as listening to poetry. So much so, that he used to host something called a Kavi Darbar, where people would gather with the Guru to recite poetry. Guruji even had poets and scholars come and stay with him, which has historically been known as Bavanja Kavi, or 52 poets. It’s understood that 52 is the number of poets and scholars that came and stayed with him.

He became the tenth and final human Sikh Guru after his dad, Guru Tegh Bahadur died in 1675. Another fun fact is that Guru Ji became the tenth Sikh Guru on Vaisakhi, but in the year of 1676, twenty-three years before he created Khalsa. Guru Ji also had four sons, popularly known as the Chaar Sahibzaade.

Guru Gobind Singh Ji was the first person to give amrit to Sikhs when he gave it to five volunteers who later became the panj pyare. He also created the Five K’s: kesh (uncut hair), kangha (a wooden comb), kara (iron or steel bracelet), kirpan (a sword or dagger), and kacchera (shorts). He also gave the panj pyare the last name “Singh”. He also gave Sikh women the last name “Kaur” and was a strong believer in gender equality.

Guru Ji made many contributions to the Guru Granth Sahib, which is the main book of teachings for Sikhs. It was Guru Gobind Singh Ji who finalized the book and declared the Guru Granth Sahib to be the eternal Guru for Sikhs. This is also why there has been no human Sikh Guru after him. Guru Gobind Singh Ji is often referred to as the father of Khalsa.