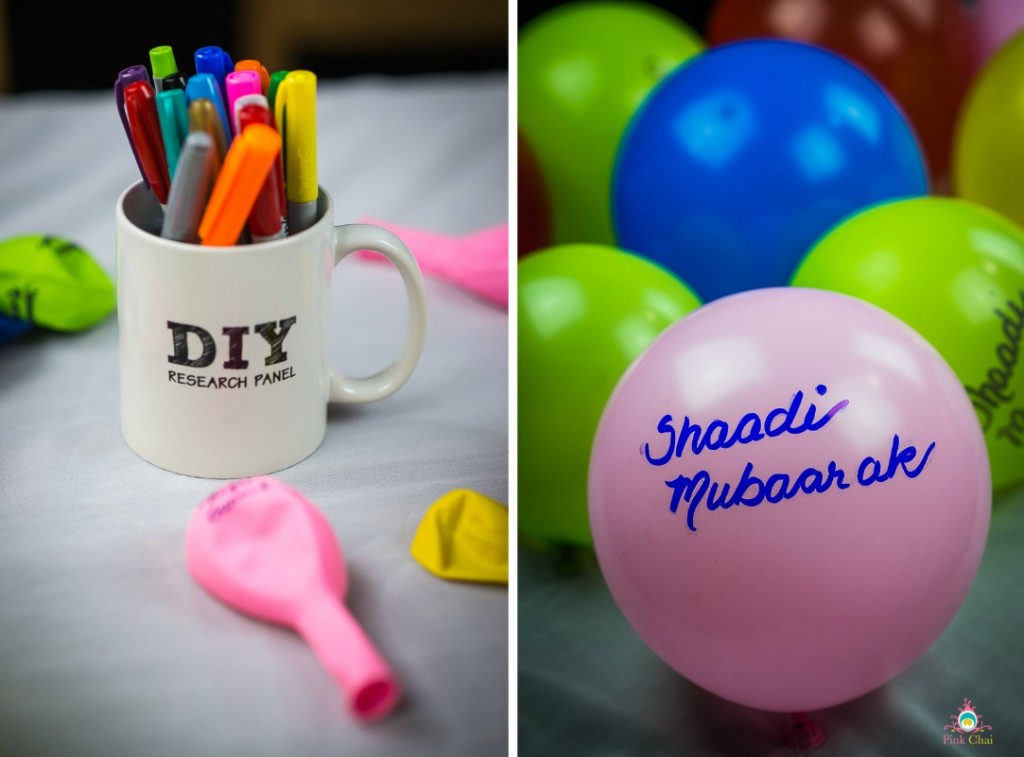 These DIY Handwritten Balloons are  so simple, I almost didn’t post them. Guys, it’s balloons that I wrote on with a Sharpie!! I know a lot of people aren’t into balloons anymore (how 1990’s), but I kind of secretly love them.

(*Pink Chai Living is almost 9 years old! So I’ve decided that each week I’ll be re-sharing one my favourite, or one of our most popular posts moving forward! Here’s a fun post originally published April 8, 2016)

I think it’s the ease and simplicity of decorating with balloons that appeals to me. Even your local dollar store will have a variety of colours, and they are pretty inexpensive. Fill them up and tape them to the walls  – instant party! 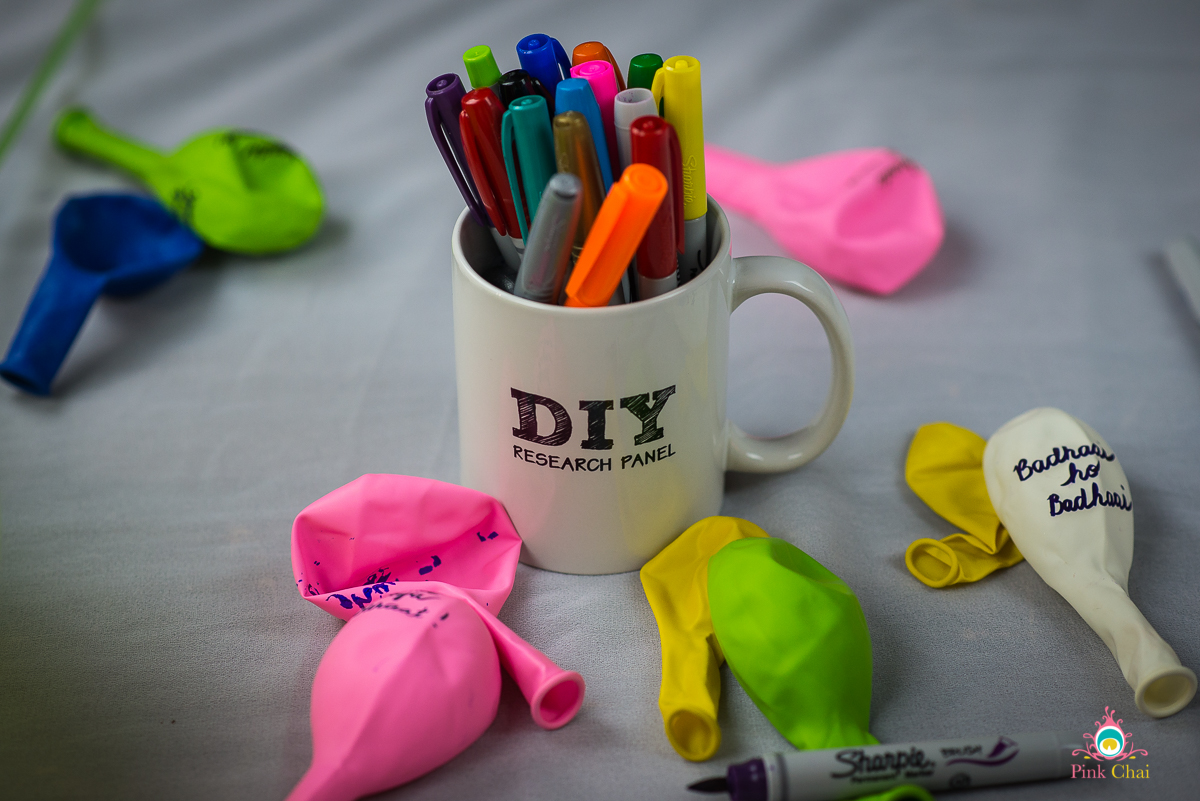 The other day I was thinking about all the holidays and events we desi’s celebrate that you can’t really find customized decor for at your local party store. Lohri, Diwali, Eid, Vaisakhi, Godh Bharai, Mundan, Maiyan, and countless others. So……I decided to remedy that with a handful of balloons I had leftover from Z’s rainbow themed birthday party, and some permanent markers. If I was decorating for a wedding or big event, I would buy co-ordinated balloons, but these were perfect for a DIY experiment. 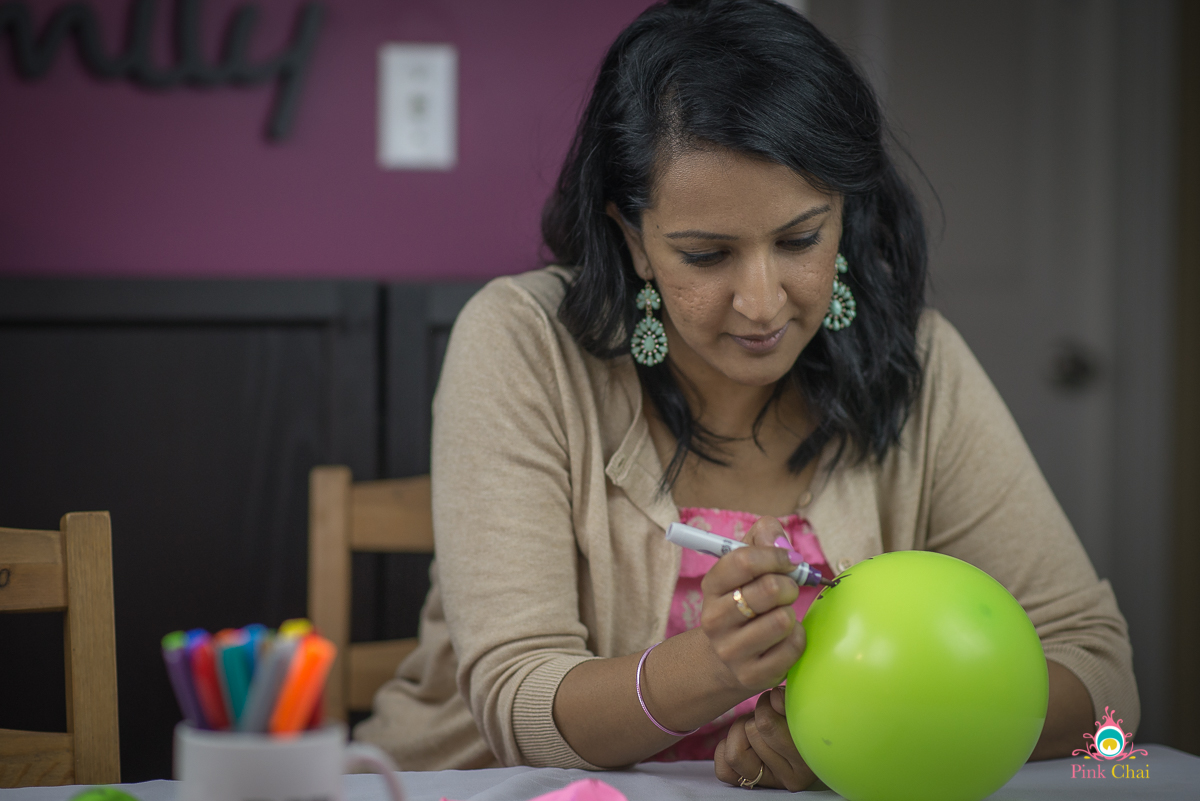 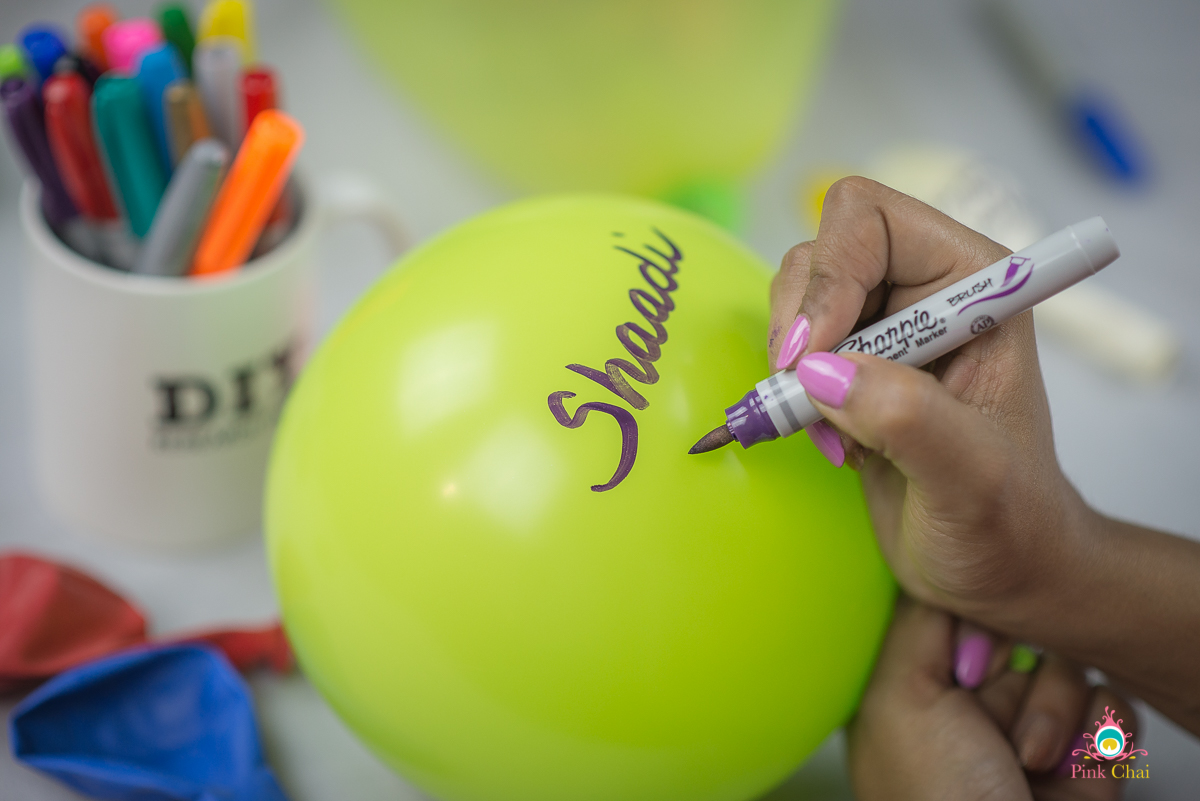 Blow the balloon up part way and hold it secure with one hand. Use a permanent marker to write your message, and then let it dry for about 25 seconds. Deflate and save for your party! 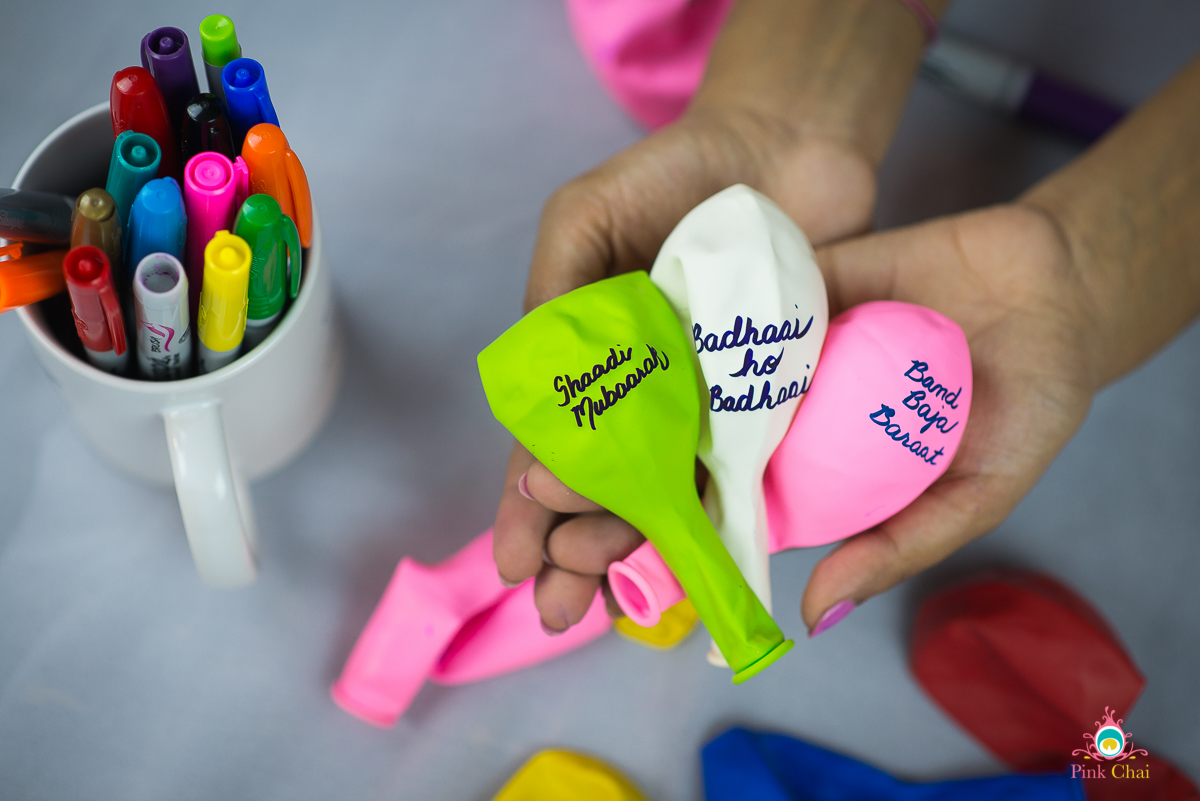 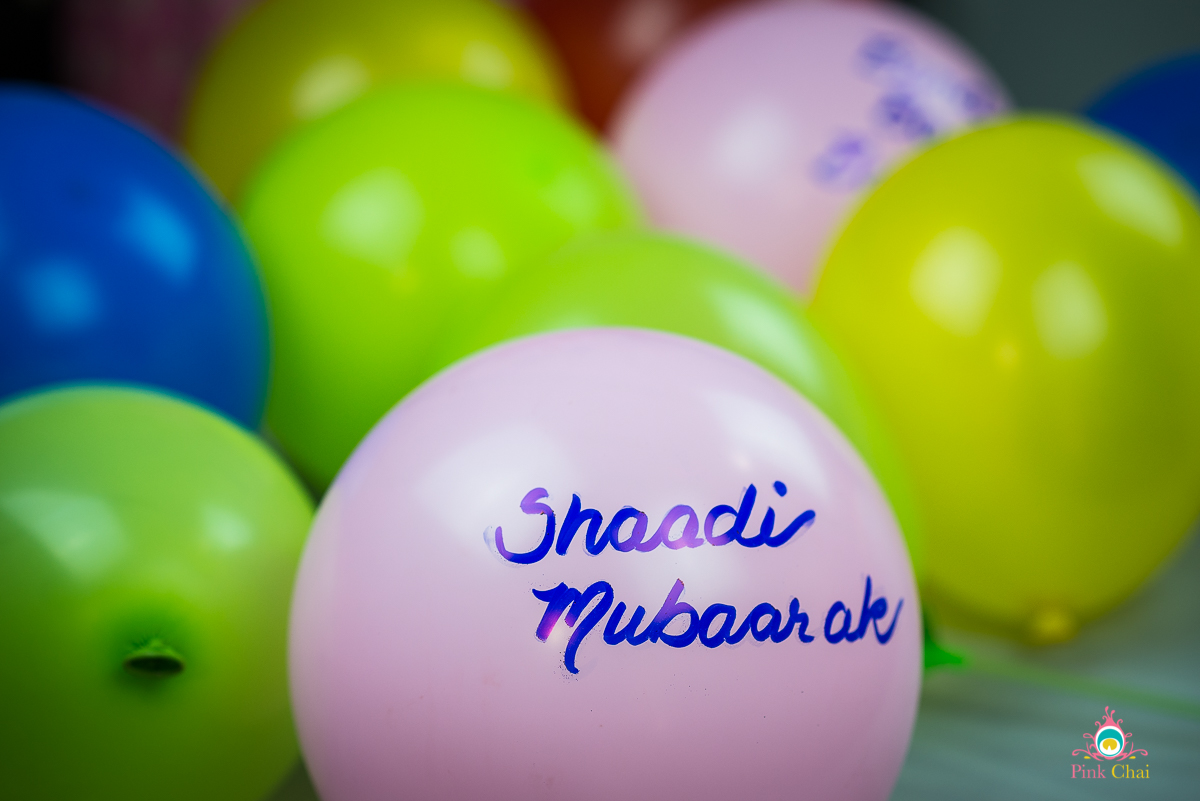 Sometimes as a DIY blogger I feel a sense of pressure to create complicated and unique projects every week, but the reality is, some of my ideas are really basic. Maybe these balloons aren’t the classiest party decor, but I know if I walked into someone’s house for a maiyan ceremony or roka and saw something cute and kitschy like this, it would make me smile!

If you end up doing a bunch of balloons, I think they would look super cute with some helium and some pretty gotta holding them together.

If you liked this balloon DIY, check out this rainbow balloon wall I made for Holi in 2018! 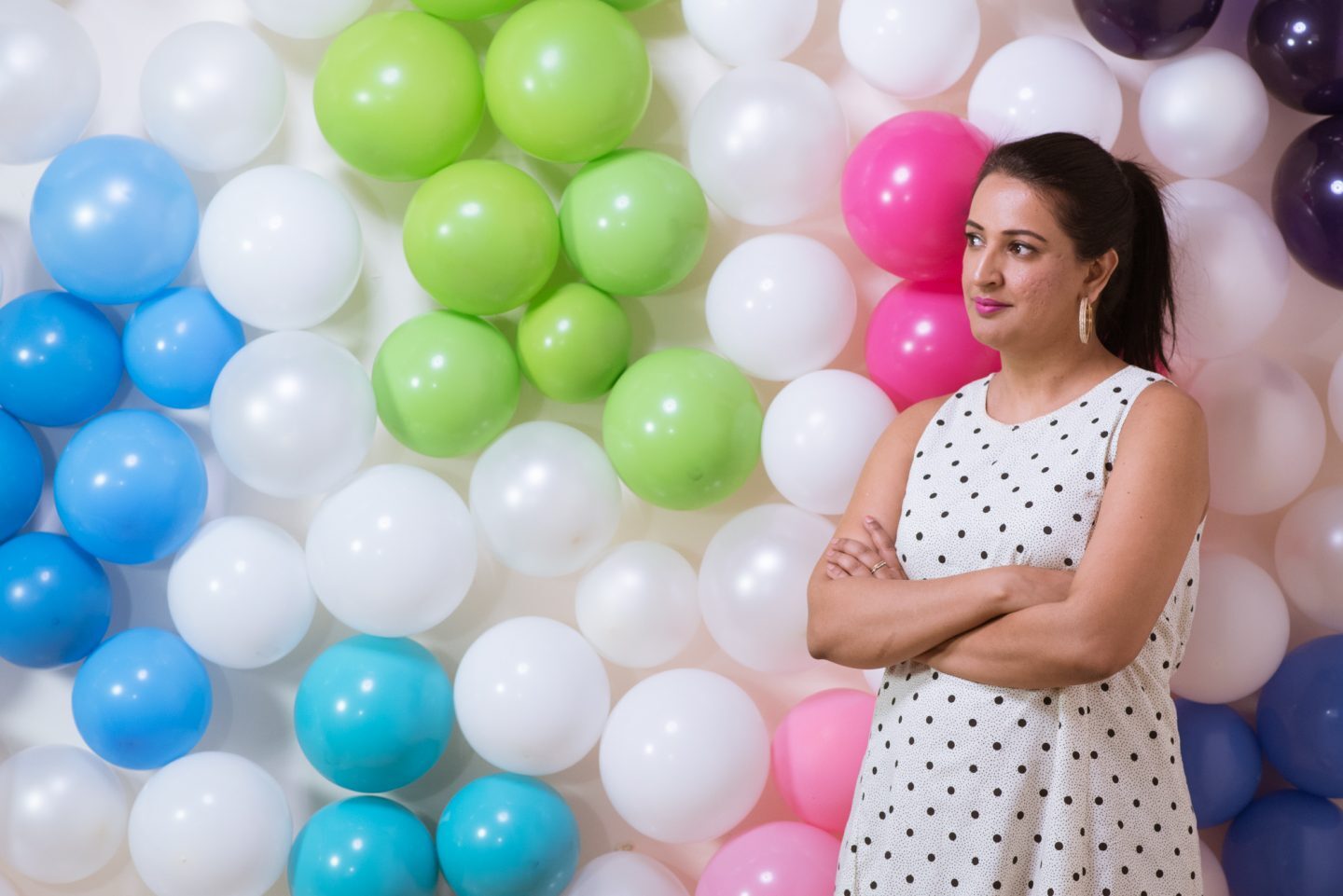 PIN IT FOR LATER: 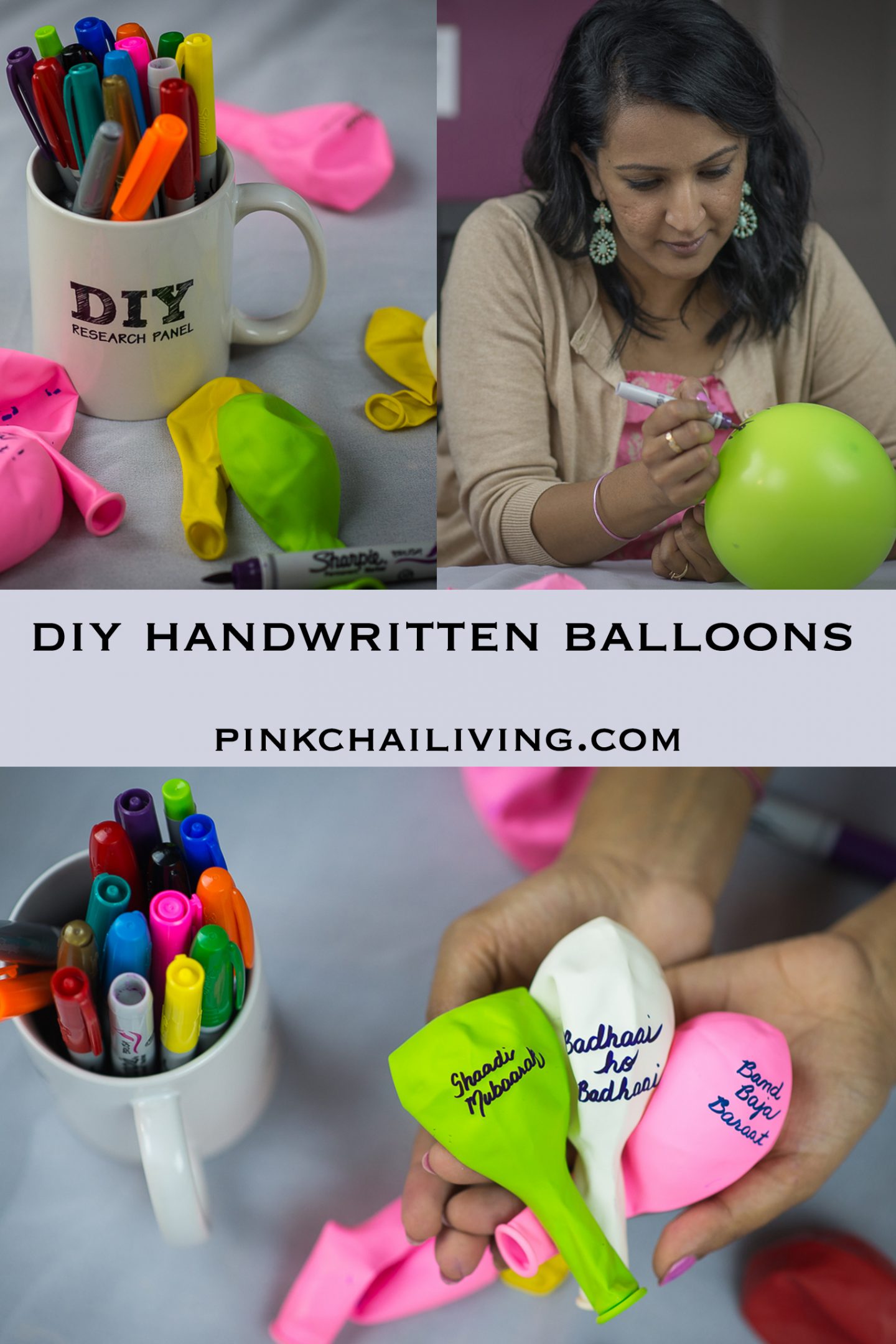